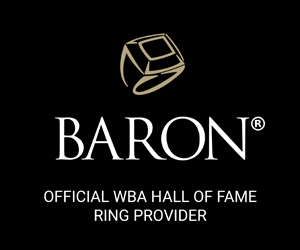 Four to be awarded scholarships at Student Seminar 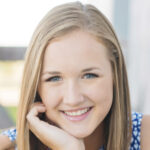 Reagan is attending the University of Wisconsin-Madison. She is majoring in Journalism, Reporting, and Strategic Communication. Reagan is planning to graduate in the spring of 2021.

Reagan’s career goal is to be a combat journalist alongside the military overseas. Her passion is to work closely with the military to highlight important stories no one else is telling.

Reagan has worked as a reporter, anchor, and producer on “The Badger Report” student newscast and was a Civilian Public Affairs Specialist for UW ROTC Badger Battalion and U.S. Army Cadet Command.

She was also an intern at NBC 15 (WMTV-TV) in Madison where she worked alongside anchor, multimedia journalists, and producers. She was a journalist for The Green Laker, and also supported ESPN and ABC as a sideline utility worker at Badger and Packer football games.

Reagan’s work is described as professional, well-organized, on point, and timely. She’s demonstrated versatility, a strong understanding of the field, and a willingness to get involved. 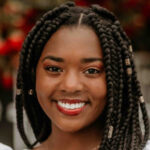 Tamia is attending the University of Wisconsin-Madison. She is majoring in Journalism and Political Science. Tamia is planning to graduate in the spring of 2022.

Tamia wants to pursue a career in broadcast or digital journalism that allows her to inform and address the issues of people from all different backgrounds, empowering and enabling them to further pursue their endeavors.

Tamia is involved in numerous groups on campus and already has a lot of media experience. She’s been an intern at the Wisconsin State Journal, earned an NBC Fellowship, was the CNN-NewsCo Temporary Development Coordinator, produces the “Pod-Cast Your Vote” podcast, and has written for Madison Commons, Madison365, among others.

Tamia is described by one professor as one the best undergraduates he has worked with in the last decade. He calls her a born leader with professional maturity beyond her years. Another professor says Tamia brings energy and enthusiasm to everything she does. 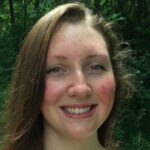 Sydney is attending the University of Wisconsin-Whitewater. She is majoring in English with a creative writing emphasis and a minor in Marketing. Sydney is planning to graduate in the spring of 2021.

Sydney’s career goal is to work for a marketing firm or advertising agency as a copywriter or in the creative department. She has an interest in digital marketing and has pursued and earned numerous certifications in the field.

Sydney was nominated and accepted into The National Society of Leadership and Success (NSLS, Sigma Alpha Pi), which is strictly awarded to a small portion of UW-Whitewater students. She’s also enthusiastically involved in numerous extra-curricular activities.

Sydney is described as having unmatched creativity and passion in marketing, attention to detail, and a strong work ethic. She’s always willing to come up with the best content. 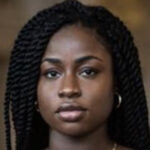 Kingsley is attending the University of Wisconsin-Madison. She is majoring in Strategic Communications and Reporting and African-American studies with a minor in Leadership. She is planning to graduate in the spring of 2021.

Kingsley’s career goal is to own her own crisis management agency. She plans to attend graduate school for public relations in Washington D.C. where she also hopes to build her experience and network in her path to reach her goal.

Among her many roles on campus, Kingsley is President of the Student Inclusion Coalition where she received national media attention for a video she created, produced, casted, and voiced promoting diversity and inclusion on campus.

Kingsley is also one of the leading journalists for The Black Voice, which is the only UW newspaper directly serving the African-American community. She’s also served as President of the UW Black Student Union and co-chair of the UW’s Black History Month committee.

Kingsley is described as an outstanding student with skills as a leader, writer, and designer. She has an upbeat and infectious desire to give good to the world and spread her enthusiasm to others.

Posted in Uncategorized
Our Mission